In the United States more than 700,000 people suffer a stroke each year, and approximately two-thirds of these individuals survive and require rehabilitation. 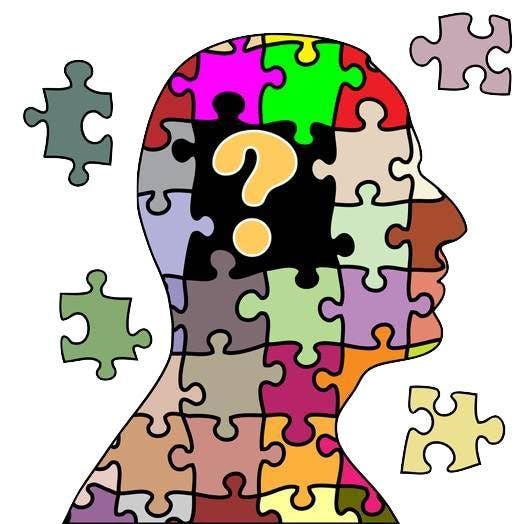 The Goals of Rehabilitation

Our objective is to help patients become as independent as possible and to recover the best possible quality of life.

Even though rehabilitation does not “cure” the effects of stroke in that it does not reverse brain damage, rehabilitation can substantially help people achieve the best possible long-term outcome.

What is post-stroke rehabilitation?

Rehabilitation helps stroke survivors relearn skills that are lost when part of the brain is damaged. For example, these skills can include coordinating leg movements to walk or carrying out the steps involved in any complex activity.

Rehabilitation also teaches stroke patients new ways of performing tasks to circumvent or compensate for any residual disabilities. Individuals may need to learn how to bathe and dress using only one hand, or how to communicate effectively when their ability to use language has been compromised. 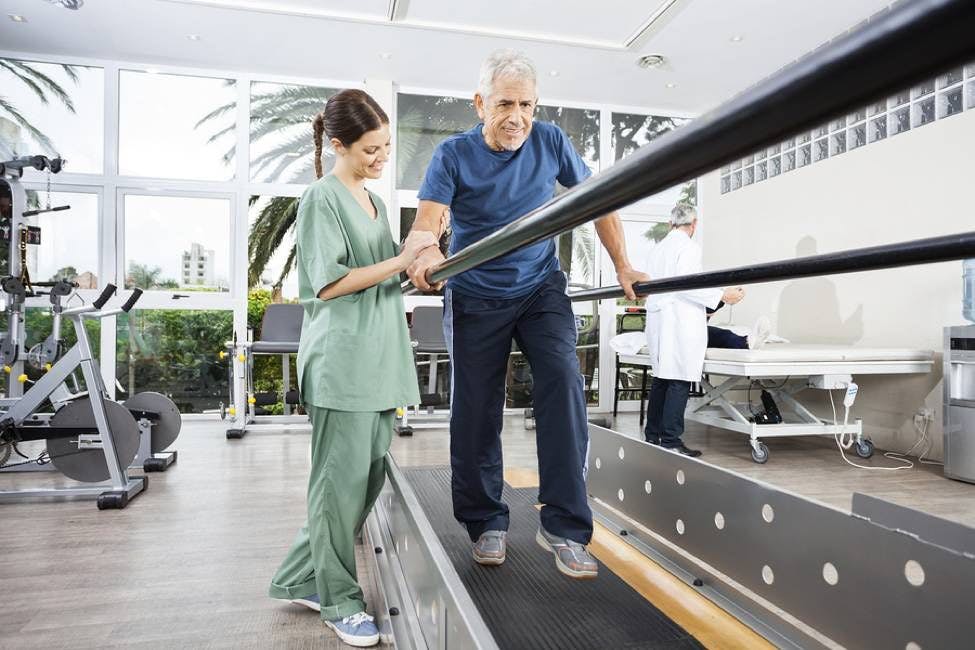 There is a strong consensus among rehabilitation experts that the most important element in any rehabilitation program is carefully directed, well-focused, repetitive practice—the same kind of practice used by all people when they learn a new skill, such as playing the piano or pitching a baseball.

Care Starts with the Basics

Rehabilitation in our outpatient physical therapy clinic involves progressing the patient from simple to complex tasks. Some of the tasks we focus on are:

More complex and demanding training on the following may be part of a treatment program:

Patients to begin using their stroke-impaired limbs while engaging in those tasks. Beginning to reacquire the ability to carry out these basic activities of daily living represents the first stage in a stroke survivor’s return to independence.

The Specialties of Our Physical Therapists 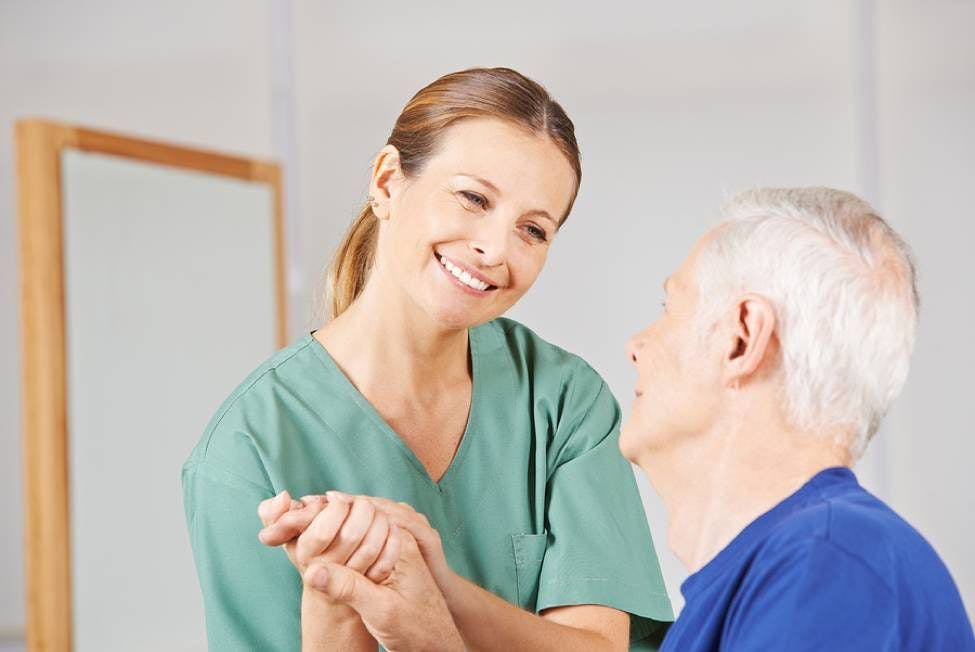 Our therapists specialize in treating disabilities related to motor (movement-related) and sensory impairments. They are trained in all aspects of anatomy and physiology related to normal function, with an emphasis on movement.

Care Starts with an Initial Evaluation

During the initial evaluation, they assess the following:

Then a personalized treatment program is designed and aimed at regaining control over motor functions.

We help survivors regain the use of stroke-impaired limbs, teach compensatory strategies to reduce the effect of remaining deficits, and establish ongoing exercise programs to help people retain their newly learned skills.

Use of the Impaired Limb(s) are Very Important 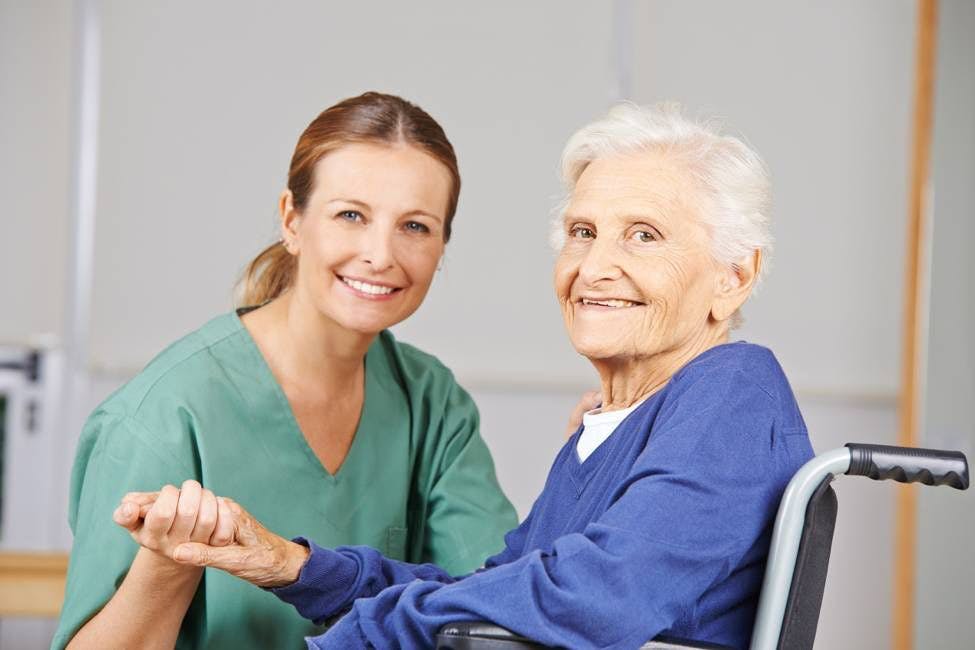 Strategies used by our team to encourage the use of impaired limbs include selective sensory stimulation such as tapping or stroking, active and passive range-of-motion exercises, and temporary restraint of healthy limbs while practicing motor tasks.

In general, our clinicians emphasize the following treatment progression:

People too weak to bear their own weight can still practice repetitive movements during hydrotherapy (in which water provides sensory stimulation as well as weight support) or while being partially supported by a harness.

A recent trend in physical therapy emphasizes the effectiveness of engaging in goal-directed activities, such as playing games, to promote coordination. We frequently employ selective sensory (touch, vision cues, and sounds) stimulation to encourage use of impaired limbs and to help survivors with neglect regain awareness of stimuli on the neglected side of the body.

What is a Stroke or “Brain Attack”?

An ischemic stroke or “brain attack” occurs when brain cells die because of inadequate blood flow. When blood flow is interrupted, brain cells are robbed of vital supplies of oxygen and nutrients. About 80 percent of strokes are caused by the blockage of an artery in the neck or brain.

A hemorrhagic stroke is caused by a burst blood vessel in the brain that causes bleeding into or around the brain.

When can a stroke patient begin rehabilitation?

Rehabilitation should begin as soon as a stroke patient is stable, sometimes within 24 to 48 hours after a stroke. This first stage of rehabilitation can occur within an acute-care hospital; however, it is very dependent on the unique circumstances of the individual patient.

Recently, in the largest stroke rehabilitation study in the United States, researchers compared two common techniques to help stroke patients improve their walking. Both methods—training on a body-weight supported treadmill or working on strength and balance exercises at home with a physical therapist—resulted in equal improvements in the individual’s ability to walk by the end of one year. Researchers found that functional improvements could be seen as late as one year after the stroke, which goes against the conventional wisdom that most recovery is complete by 6 months. The trial showed that 52 percent of the participants made significant improvements in walking, everyday function and quality of life, regardless of how severe their impairment was, or whether they started the training at 2 or 6 months after the stroke.

How long is the rehabilitation process?

Rehabilitation could be for a few visits, months, or even years.For some stroke survivors, rehabilitation will be an ongoing process to maintain and refine skills and could involve working with specialists for months or years after the stroke.

Can a Person Ever Recover Normal Functions and Movement After a Stroke?

The answer is sometimes. Problems with body function that occur when a specific region of the brain is damaged by stroke can sometimes be taken over by other parts of the brain. This ability to adapt and change is known as neuroplasticity.

What disabilities can result from a stroke?

The types and degrees of disability that follow a stroke depend upon which area of the brain is damaged. Generally, stroke can cause five types of disabilities: paralysis or problems controlling movement; sensory disturbances including pain; problems using or understanding language; problems with thinking and memory; and emotional disturbances.

Paralysis is one of the most common disabilities resulting from stroke. The paralysis is usually on the side of the body opposite the side of the brain damaged by stroke, and may affect the face, an arm, a leg, or the entire side of the body. This one-sided paralysis is called hemiplegia (one-sided weakness is called hemiparesis). Stroke patients with hemiparesis or hemiplegia may have difficulty with everyday activities such as walking or grasping objects. Some stroke patients have problems with swallowing, called dysphagia, due to damage to the part of the brain that controls the muscles for swallowing. Damage to a lower part of the brain, the cerebellum, can affect the body’s ability to coordinate movement, a disability called ataxia, leading to problems with body posture, walking, and balance.

B. Sensory disturbances including pain

Stroke patients may lose the ability to feel touch, pain, temperature, or position. Sensory deficits also may hinder the ability to recognize objects that patients are holding and can even be severe enough to cause loss of recognition of one’s own limb. Some stroke patients experience pain, numbness or odd sensations of tingling or prickling in paralyzed or weakened limbs, a symptom known as paresthesias.

The loss of urinary continence is common immediately after a stroke and often results from a combination of sensory and motor deficits. Stroke survivors may lose the ability to sense the need to urinate or the ability to control bladder muscles. Some may lack enough mobility to reach a toilet in time. Loss of bowel control or constipation also may occur. Permanent incontinence after a stroke is uncommon, but even a temporary loss of bowel or bladder control can be emotionally difficult for stroke survivors.

Stroke survivors frequently have a variety of chronic pain syndromes resulting from stroke-induced damage to the nervous system (neuropathic pain). In some stroke patients, pathways for sensation in the brain are damaged, causing the transmission of false signals that result in the sensation of pain in a limb or side of the body that has the sensory deficit. The most common of these pain syndromes is called “thalamic pain syndrome” (caused by a stroke to the thalamus, which processes sensory information from the body to the brain), which can be difficult to treat even with medications. Finally, some pain that occurs after stroke is not due to nervous system damage, but rather to mechanical problems caused by the weakness from the stroke.

Patients who have a seriously weakened or paralyzed arm commonly experience moderate to severe pain that radiates outward from the shoulder. Most often, the pain results from lack of movement in a joint that has been immobilized for a prolonged period of time (such as having your arm or shoulder in a cast for weeks) and the tendons and ligaments around the joint become fixed in one position. This is commonly called a “frozen” joint; “passive” movement (the joint is gently moved or flexed by a therapist or caregiver rather than by the individual) at the joint in a paralyzed limb is essential to prevent painful “freezing” and to allow easy movement if and when voluntary motor strength returns.

At least one-fourth of all stroke survivors experience language impairments, involving the ability to speak, write, and understand spoken and written language. A stroke-induced injury to any of the brain’s language-control centers can severely impair verbal communication. The dominant centers for language are in the left side of the brain for right-handed individuals and many left-handers as well. Damage to a language center located on the dominant side of the brain, known as Broca’s area, causes expressive aphasia. People with this type of aphasia have difficulty conveying their thoughts through words or writing. They lose the ability to speak the words they are thinking and to put words together in coherent, grammatically correct sentences. In contrast, damage to a language center located in a rear portion of the brain, called Wernicke’s area, results in receptive aphasia. People with this condition have difficulty understanding spoken or written language and often have incoherent speech. Although they can form grammatically correct sentences, their utterances are often devoid of meaning. The most severe form of aphasia, global aphasia, is caused by extensive damage to several areas of the brain involved in language function. People with global aphasia lose nearly all their linguistic abilities; they cannot understand language or use it to convey thought.

D. Problems with thinking and memory

Stroke can cause damage to parts of the brain responsible for memory, learning, and awareness. Stroke survivors may have dramatically shortened attention spans or may experience deficits in short-term memory. Individuals also may lose their ability to make plans, comprehend meaning, learn new tasks, or engage in other complex mental activities. Two fairly common deficits resulting from stroke are anosognosia, an inability to acknowledge the reality of the physical impairments resulting from stroke, and neglect, the loss of the ability to respond to objects or sensory stimuli located on the stroke-impaired side. Stroke survivors who develop apraxia (loss of ability to carry out a learned purposeful movement) cannot plan the steps involved in a complex task and act on them in the proper sequence. Stroke survivors with apraxia also may have problems following a set of instructions. Apraxia appears to be caused by a disruption of the subtle connections that exist between thought and action.

Many people who survive a stroke feel fear, anxiety, frustration, anger, sadness, and a sense of grief for their physical and mental losses. These feelings are a natural response to the psychological trauma of stroke. Some emotional disturbances and personality changes are caused by the physical effects of brain damage. Clinical depression, which is a sense of hopelessness that disrupts an individual’s ability to function, appears to be the emotional disorder most commonly experienced by stroke survivors. Signs of clinical depression include sleep disturbances, a radical change in eating patterns that may lead to sudden weight loss or gain, lethargy, social withdrawal, irritability, fatigue, self-loathing, and suicidal thoughts. Post-stroke depression can be treated with antidepressant medications and psychological counseling.